How to play American 8 ball pool

The American pool table is made of 6 pockets with 4 of them placed on the corners and the other 2 on the center. The goal of the player in his turn is to pocket his balls on the pockets without doing a foul and then the 8 ball.

The rules of the Casual Arena’s online game follows almost exactly the official rules but with a few necessary changes to allow a fast online game. 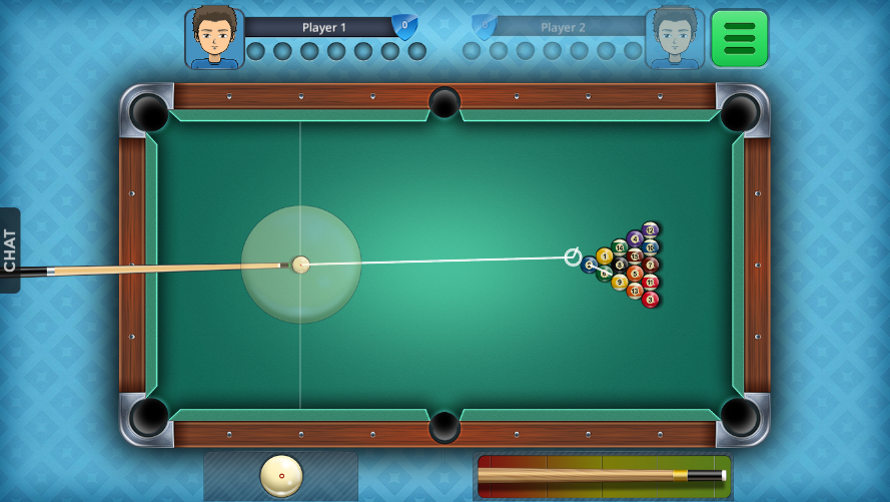 At the start of the match the 15 balls are placed in a predetermined position (see the first image). The opening turn is given completely randomly by the Casual Arena server. The player that starts the match puts the cue ball wherever he wants inside a predetermined zone to shoot it with the cue stick. This first shot is called breaking or opening. If he pockets any ball other than the cue ball or the 8 ball, he gets to shoot again. If it doesn’t happen, it will be the opponent’s turn next.

When a player does a light foul, he loses the turn and the opponent can put the cue ball wherever he wants, but he won’t get a double shot like it happens in some unofficial modes of the game. A light foul happens in these occasions:

Pocketing an opponent’s ball is not considered a foul, unlike certain unofficial game modes. 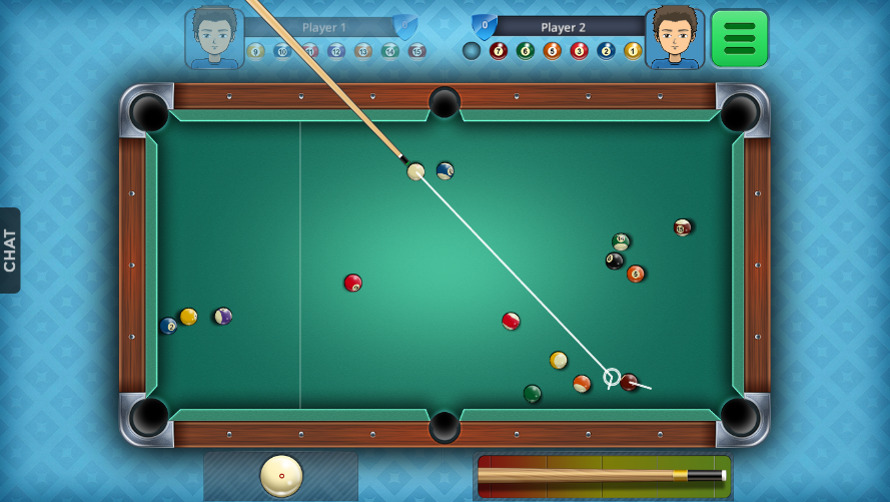 If a player pockets the 8 ball before pocketing all the other balls, he will lose the match, unless this happens during a break. In such situation, he loses the turn but not the match, and the balls are placed back for another break shot.

You can also lose the match if you pocket the 8 ball on the correct turn but by doing a light foul at the same time (pocket the cue ball or hit an opponent’s ball first).

The player that wins the match is the one that pockets the 8-ball inside any pocket after pocketing the other 7 balls and without doing any foul at the same time.

The Casual Arena’s online pool games are available to play through web browser and through iOS (iPhone and iPad) and Android apps. Every player connects to the same online platform, compete for the same ranking and can interact and chat, but the web players cannot play against the mobile and tablet players because the physics of both engines are different.

There are 5 rooms on the Casual Arena pool games: Passport, Tourist, Priority, Business and Luxury, with different bet values each and all of them accessible to all players after a certain level. Click on the following link to play pool ball 8 online.