How to play three-cushion billiards

The game rules are based on the 3 cushion billiards rules, but we adapted them to allow a more entertaining online game. With that in mind, we offer 2 game variants, one more simple and another for more expert players, both based on the carambole concept.

The three-cushion billiards is played with only 3 balls (a white, a yellow and a red ball) on top of a table without pockets. One of the players shoots with the white ball while the opponent shoots with the yellow ball. The red ball does not correspond to any player in particular. We refer as the “cue ball” as the ball that the player hits to start the shot.

In the Casual Arena’s French billiards games there aren’t any fouls, unlike it happens on the other pool games (8 ball and 9 ball). 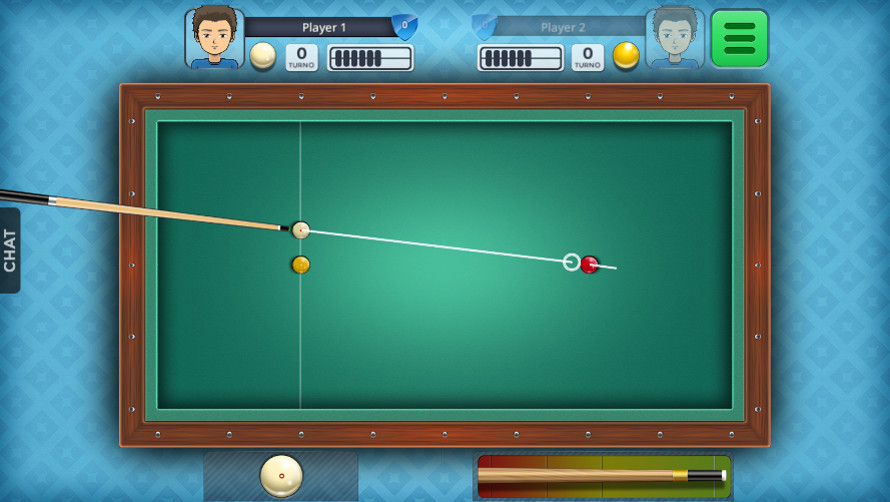 A carambole happens when one player follows these 2 conditions:

In the Casual Arena games we have 5 types of caramboles according to the number of rails that the cue ball hits before hitting the third ball:

In this mode, the goal is to do 6 caramboles, no matter what type they are, which means its enough to do simple caramboles. When a player gets a carambole, he plays again. If the player gets 6 caramboles with one more turn that his opponent, then the rival will have an additional turn to manage a draw.

This mode is similar to the official 3 cushion billiards and rewards the best players. The goal is to get the maximum score possible in a total of 10 turns for each player. The turns alternate between both players and they cannot shoot again even after getting a carambole.

During each turn, the player must get the best carambole possible. Each carambole offers a different amount of points:

The Casual Arena’s online billiards games are available to play through web browser and through iOS (iPhone and iPad) and Android apps. Every player connects to the same online platform, compete for the same ranking and can interact and chat, but the web players cannot play against the mobile and tablet players because the physics of both engines are different.

In Casual Arena’s pool games there are 5 rooms: Passport, Tourist, Priority, Business and Luxury, which count with different bet values. Every room is accessible after a certain level by all players. Click on the following link to play 3-cushion billiards online.