Parcheesi is a board game for 2, 3 or 4 players based on ludo that can be played individually or with teams. Each player has 4 pieces of the same color (green, yellow, blue or red) that start on a special square called home.

The board is made of 68 common squares where the pieces move. 12 of them are called safe and are represented by a circle in the center. There are 32 not common squares, 8 for each player, 7 of them called target passage and being the eighth the target.

The goal of the game is to take your 4 pieces to the target square. 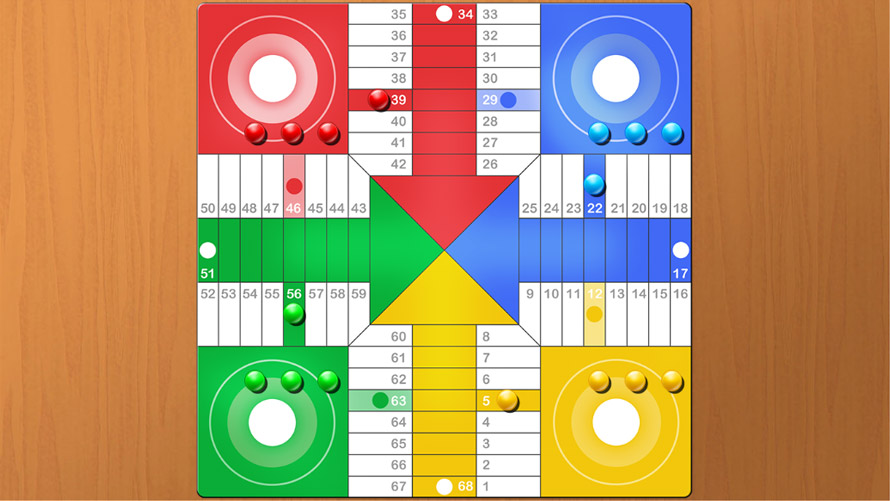 How to play parcheesi

At the start of the match, each player rolls a dice. The one who gets the biggest value, starts the match. Each player starts with his 4 pieces at home. In the mode with starting piece, the game starts with already one piece on the board and the other 3 at home.

Each turn the player must roll his dices (1 or 2 depending on the mode) and move his pieces as many squares as his dices say whenever it’s possible, having the chance to choose which piece he wants to move, except at certain circumstances, and roll again in certain circumstances. After that starts the next player’s turn counter-clockwise.

This mode is only played with one dice.

This mode is played with 2 dices and is the mode by default on Casual Arena for being faster. The above rules are similar but with a few differences:

When there are 2 pieces of the same color on the same square they form a barrier and block the path, since it’s not possible to go over barriers. 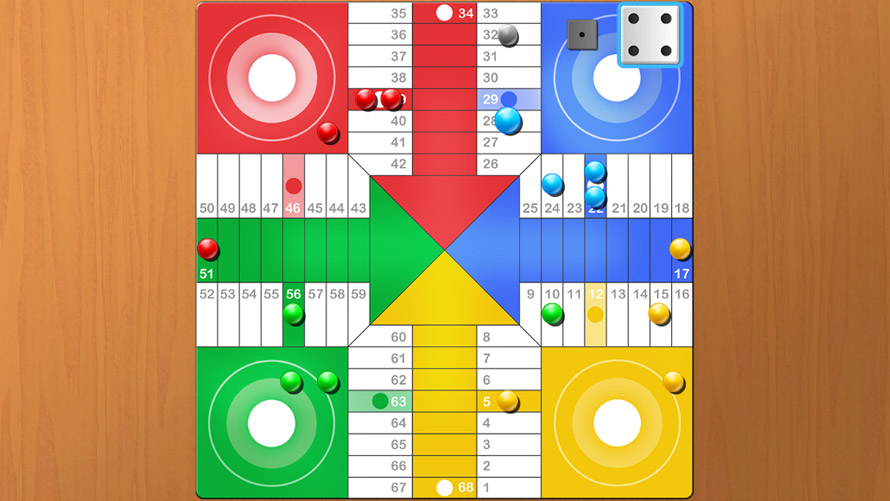 Classic parcheesi: when a player has a barrier and rolls a 6, he must break his barrier, he has to move any of the 2 pieces that are forming the barrier.

If a player gets on a square occupied by another piece of a different color and it’s not a safe square, he eats the piece. The eaten piece will go back to home and the player will be able to move 20 (go forward 20 additional steps) with the piece he chooses. It’s possible to eat the partner’s pieces as well.

It’s also possible to eat a piece when you put a piece on the board (by rolling a 5) and your starting square is occupied by 2 pieces but one of them is not yours. In this case the different color piece is eaten (smashed). If there are 2 pieces and none are yours, you will eat the last one that arrived.

To put a piece in the target, you must roll with the dice the exact distance between the piece and the target. If you roll a bigger value, the piece won’t bounce back, you’ll simply not be able to move it.

If a player puts a piece inside the target, he can move 10 (advance 10 squares) with the piece he desires.

The first player that manages to put the 4 pieces, wins.

In the couples mode wins the couple which one of its members puts his 4 pieces. There are other variants but we chose this one for Casual Arena because it’s faster and more fun.

In 3 and 4 players matches, the points distribution depends if you got 2nd, 3rd or 4th. To determine such positions, the system has into account the number of pieces in the target. In case of a draw, it checks the remaining squares to the target for the rest of the pieces.

There are 5 rooms in Casual Arena’s parcheesi: Passport, Tourist, Priority, Business and Luxury, with different bet values each and all of them are accessible to all players after a certain level. Click on the following link to play parcheesi online.

This is the points distribution according to each result and room, and depending on the kind of match:

The parcheesi and ludo game are variants of pachisi, a game originally from India and created at the 16th century. In the original game the board was actually the emperor Akbar the Great’s garden (source: Wikipedia) and the pieces were represented by beautiful Indian women who moved through the squares fighting for the honor of playing for the emperor. Instead of the usual dices, seashells were used which counted one point every time one of them was facing up.

There are other variants of this game such as parchisi, ludo and parqués.